Sorry, this item is no longer available

This sampler pack offers up something a little different to the usual brands from Cuba, in the fact that these are the relatively unknown Cuban brands. Featuring 4 cigars from four different producers this pack is designed to broaden your horizons when it comes to Cuban cigars.

Dating from 1837, Ramon Allones, although not one of the best known Havana brands, is a favourite with many cigar connoisseurs. The arms on the box are of the Spanish royal house. Ramon Allones himself emigrated from Galicia in Spain to Cuba and was the first man to put full-colour labels on his cigar boxes. The cigars themselves are well made, relatively full-bodied, with a strong aroma (similar to Partagas, but certainly less than Bolivar).

Trinidad is named after the beautiful 16th Century city of La SantÃ­sima Trinidad (The Holy Trinity), listed by UNESCO as a World Heritage Site, which is situated on the south coast of Cuba. Trinidad, as a Habano brand, dates back to 1969 but for many years, like Cohiba, it was made only for gifts to foreign diplomats. Not until 1998 was it released for general sale and even then only in small quantities. At the start, there was only one size of Trinidad: Fundadores. In 2003 three more sizes, the Reyes, the Coloniales and the Robusto Extra, were added to the range.

Sancho Panza is named for the rustic squire to Don Quixote in Miguel de Cervantes' 1605 novel of the same name, the name "Sancho Panza" was first used for a Havana cigar in 1848, when the Marca of "Sancho Panza" was registered by Don Emilio Ohmsted. The original factory was located at 48 Angeles St. in Havana. Sometime during the 1880s, the brand was acquired by Ramon Allones and in 1940 was purchased by the Rey Del Mundo Cigar Co. The Sancho Panza factory and its assets were nationalized by the Cuban government on September 15, 1960.

Rafael Gonzalez was created in the 1930s. It was in this brand that the 6 1/2inch (165mm) by 42 gauge cigar, which has the factory name of Cervantes, was first called a Lonsdale after Lord Lonsdale, the famous English sporting Earl and cigar aficionado of that period. Now many other brands use the name as well.
On its lid label, each box carries a curious inscription written in English to the effect that the cigars should be smoked within one month of the date of shipment from Havana or otherwise they should be carefully matured for about one year.

The four featured cigars are:

UK delivery - we use Royal Mail which normally arrives the next working day if you order before 2pm, although this is not guaranteed. To guarantee that your order does arrive by 1pm the next day please call the shop on 01159 110555 to arrange. Your order will be then sent out by Special Delivery. There will be a small extra additional charge for this service. The standard delivery cost is shown in the basket page and in the checkout.

Overseas - select your country in the cart to see the delivery cost (unfortunately we're not allowed to send tobacco products to the USA).

Click and collect from our Nottingham shop. Select click and colllect in the checkout to save the delivery cost, pay online prices (which can sometimes be lower) and check your items are available before heading into town.

Pre delivery check - we check all cigars before they are sent out. Loose cigars are packaged in a humi-pouch designed to ensure they arrive in perfect condition. Packets of cigars are opened to check that the cigars are in the correct condition, re-sealed then sent using a special padded envelope. 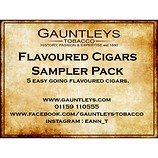 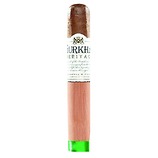